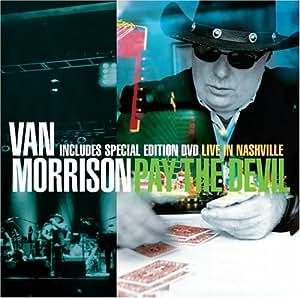 Road Tested. Bonnie Raitt. Bop Till You Drop. Ry Cooder. The album was the first digitally recorded major-label album in popular music. Bop Till You Drop was recorded on a digital track machine built by 3M. Khan also performed on the only original track on the album, "Down in Hollywood". Van Morrison Albums. Van Morrison. Morrison produced and wrote all tracks on the album, except "If We Wait for Mountains", which he co-wrote with Don Black. Three Chords And The Truth.

A Sense of Wonder. Duets: Re-Working The Catalogue. Produced by Van Morrison along with Don Was and Bob Rock, it consists of songs previously recorded by Morrison this time recorded as duets. Born to Sing: No Plan B. It was released on 2 October on Blue Note Records. Produced by Van Morrison, it marked his first studio album of original songs since 's Keep It Simple.